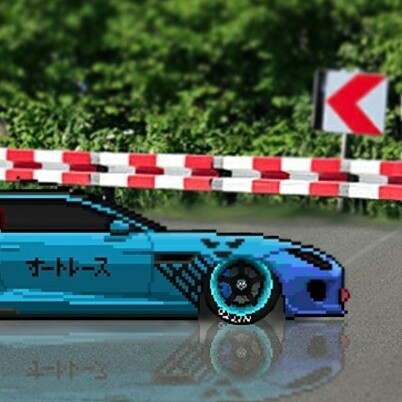 If that's a USB Type B port, whoever colored it blue should be beaten with a wiffle-ball bat.

The modem is age old.

Back then they used to have USB 2.0 Type-B Ports on modems that are commonly colored blue. The color was mostly to bring attention to it. (Support can say: "Plug the blue wire to the blue plug...")

In my opinion, this connector made 0 sense back then, and I never understood who is the idiot that came up with this idea of putting one on a high-speed (at the time) modem, and why it got to be the industry standard for modem's to have it. Basically, you can connect the modem via USB instead of Ethernet. The problem is that USB 2.0 (to be brief), not only needed CPU to handle data transfer, but it also was unidirectional (can send or receive, not both at the same time).

So, by the time ADSL/Cable was wide spread, this was early 2000's, most computers had on board audio and Ethernet to start with.

Keep in mind that ADSL/Cable (<1-5Mbps) wasn't cheap either back then. Most people were on dial-up.

So, if you think about it:

- If the user had a computer that doesn't have Ethernet because it is very old, or bought the shittiest system he/she could get, that just happen to not have Ethernet, then he probably and most likely, can't afford ADSL/Cable service to use the USB port.

- If he has a shitty computer, then his system is extremely weak, and cutting the performance of the single core, low-end, slow CPU just to to handle USB, will prevent the user from enjoying a "fast" web experience he/she is paying for. In other words, you download a page, the web browser tries to render the page with its images and all that, but it is slower than normal for the given system, as the CPU is busy not only for the web browsers, but also the USB port

But, I have seen several times (at the time) computers that have Ethernet, but is connected to the modem via USB. I guess, you had incompetence from the installer. Probably the installer was thinking that, if you don't have a router (which most people didn't back then), that the installer could install the modem to the PC via USB, not knowing how USB 2.0 works and its downfalls.