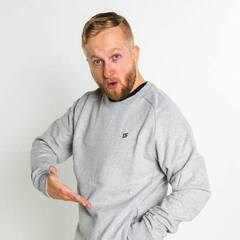 By CPotter
May 3, 2022 in LMG Sponsor Discussion
Share
Followers 26