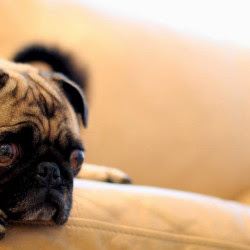 Hello! I've come here today as my first post on this forum, I've been wondering of which editing software is the best? I've tried Adobe Premiere Pro and I loved it... and I would love to stick with it... but, my trial expired :(. So, I run a tiny itty bitty YouTube channel called FwelStars.. It's a great channel to collect cringe and such (Not that old, but not too young.) So I'm mainly a windows user, I have tested out Final Cut Pro X when I used to have a Mac but I hated it. I've been trying to get Premiere Pro cracked version.. but I hate doing illegal things. I've gotten used to Premiere because it has limitless possibilities with effects, quality, and basically everything. I've been stepping away from free software because I know they're not going to have the same effects and feel as Premiere Pro. I've been really looking for Premiere because I need certain effects and limitless functions because I sometimes do cinematic shots and this software is the perfect match.

So could anyone give me ideas for how I could get my hands on Premiere Pro (also because I can't afford to pay for freaking software) or some other cracked version of Premiere? Yes, I did say I didn't like doing that.. but eh.. Or maybe even

some free editing software that is really good and has almost the same feel as Premiere?

Side Notes: I recently got a new laptop, it has a Intel Core i7-8650U, 16 GB of DDR4 Memory (2400MHz) and UHD Graphics 620 and NVMe Storage, and when I tried running it, the program would crash, but each time I'd open it, I would get a little bit farther without crashing. I do have my old laptop which runs the trial version of Premiere just fine, and if I were to get a cracked version, idk how it'll run but I might test it later this week. I don't feel like bringing 2 laptops around with me, one for editing and one for gaming.

So if anyone could give me help, that would be truly amazing, Thanks.

i used to use Shotcut I really recommend it (give it a try - shotcut.org )