They sent this for a sponsorship. I reviewed it instead lol – Logitech G Cloud 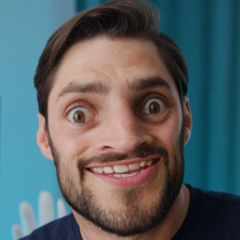