Is it true that Asus ROG Strix 3070 TI GPUs suffer from coil whine? 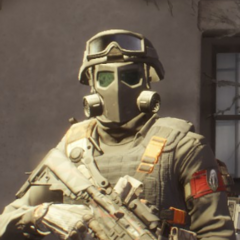 I don't think you even have read what I posted. If you don't even read, maybe don't post at all?

Coil whine is just card to card, even if someone had it and said it did or did not whine doesn't mean that the one you'd get would act the same. There are design decisions that can result in certain cards whining more than others, but that 3070 Ti doesn't have anything that would cause me to believe that it would whine at a higher rate than any other cards I've seen.

Heck, my old 3080 XC3, a card that's not particularly well known for whining, when water blocked would whine like a 2 year old who wants candy. My 6900 XT Red Devil, a card that is pretty famous for whining like crazy because of its inadequate input filtering, is quieter than that one was, even while water blocked with the power limits unlocked and it running at over 500W in game. You just can't judge based by that.

I beg to differ, the Z690 Hero was a fire hazard, X299 Apex had issues blowing up its VRM when running the 18 core overclocked (the biggest marketing feature of that board), Strix B450-F was just an all around mediocre motherboard, etc. They've got some solid products, but they are far from immune to issues and everything else. That 3070 Ti Strix is fine, no reason I'd avoid it, but so are a lot of 3070 Tis that are likely cheaper and just as fast (for the price of the 3070 Ti Strix you can probably score a 3080)