does this motherboard support r5 1600 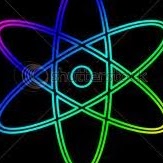 By Scitesh
May 19, 2020 in CPUs, Motherboards, and Memory
Share
Followers 1