Jump to content
To encourage social distancing, you must leave two blank lines at the start and end of every post, and before and after every quote. Failure to comply may result in non-essential parts of the forum closing. Click for more details. ×
Sign in to follow this
Followers 3 By raycaster, February 7 in New Builds and Planning · 6 replies 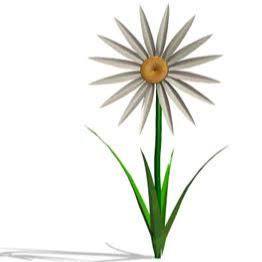 I did design work for many years with 3D max and other 3d programs.

I only had to do 5 to 10 renderings of the design then update those renderings as the project evolved.

I wanted my rendering computer to be finished a rendering by the time I had done my 2D textures work or presentation work that I did with another computer.

Either CPU would be fine for me after I checked out the Auto desk forums and others to see if there are any major issues using them.

It would depend more on the budget for me.

A 2080 ti works hard if you do GPU rendering and can use up to 380 watts on its own. With a high core count CPU working hard as well you might need more PSU.  At any time I could add more GPUs so I like more PSU.

The computer I use with the EVGA FTW3 Ultra uses close to 600 watts if the GPU and CPU are maxed. On games it usually uses 400 to 450 watts since all core on the CPU are not utilized.

Ram is cheap right now so get as much as you can.

In the work that I did, sometimes the design had to be put in a space like a hotel or convention center lobby and I would get a CAD file of the area that would not load into 32gbs ram. So even though 32 is fine for my work I need more for projects that incorporated other peoples work.

I have one system that uses a 2tb 970 EVO. If I needed more space I would get another 970 EVO since a SATA SSD would just slow the system down.

Windows loads in at about the same time on both SATA and m.2 so the advantage is reading and writing data and that means that your system is as fast as your slowest drive.

For a motherboard I would go with a high end X570.

I don't buy cheap motherboards for 3D. If the VRMs are going to overheat it will be overnight doing a rendering job the needs to go out the next day.

I learned my lesson years ago.